Ok, so there aren’t any automobile stories, except that our little Fiat did a fine job motoring across the border between Spain and France and tackling the hilly terrain in the mountains. Most notably, the remote mountain roads in both Spain and France were barely wide enough for our small 2-door toy car, and yet these were two-lane roads hugging cliffsides that were very steep. I generally sit in the backseat, since Phil was the only insured driver on our rental agreement and the kiddo gets carsick pretty easily. So let’s just say I was a classic backseat driver, and probably needed to be (additionally) medicated. Anyway… 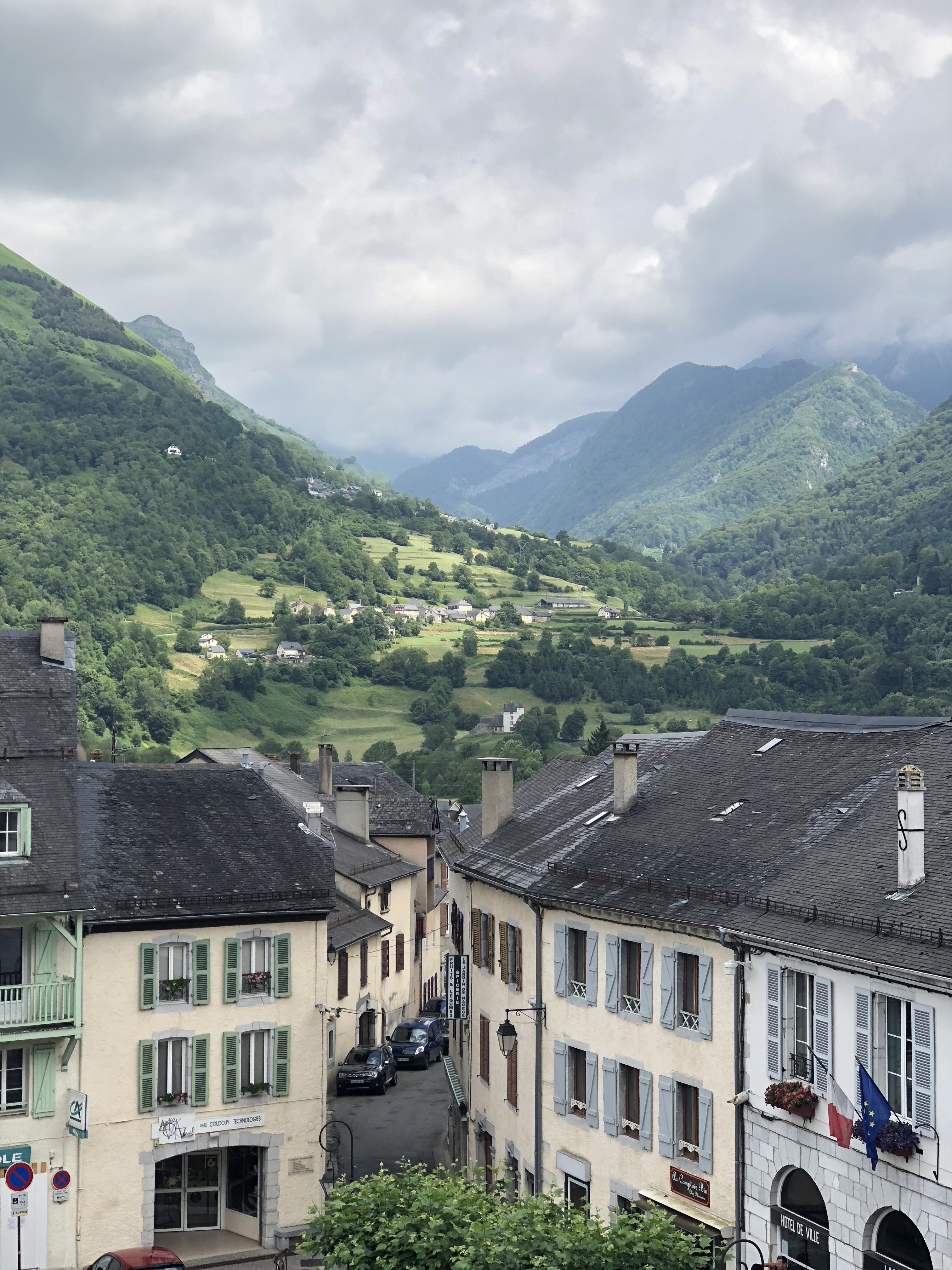 View from our apartment

Laruns is a small French village in the mountains, built around a fountained town plaza made famous as one of the key points in the Tour-de-France, which was happening just a few days off of when we visited. The fountain at the center of the town has a bike at the top, and cyclists come through all day to train (and pose).

We ate delicious crepes and took some lovely walks in the surrounding hills: country lanes fading into footpaths, with old stone foundations and water cisterns, giant slugs, and quiet cabins with beautiful flowers and clucking chickens. I tried not to keep singing Belle’s Song from Beauty and the Beast, but was not successful.

One day, we took a jaunt to a lovely glacial lake, and the kiddo and the dude jumped in, gasping from the cold. They basically have a pact to swim anywhere swimmable. I support them with applause. 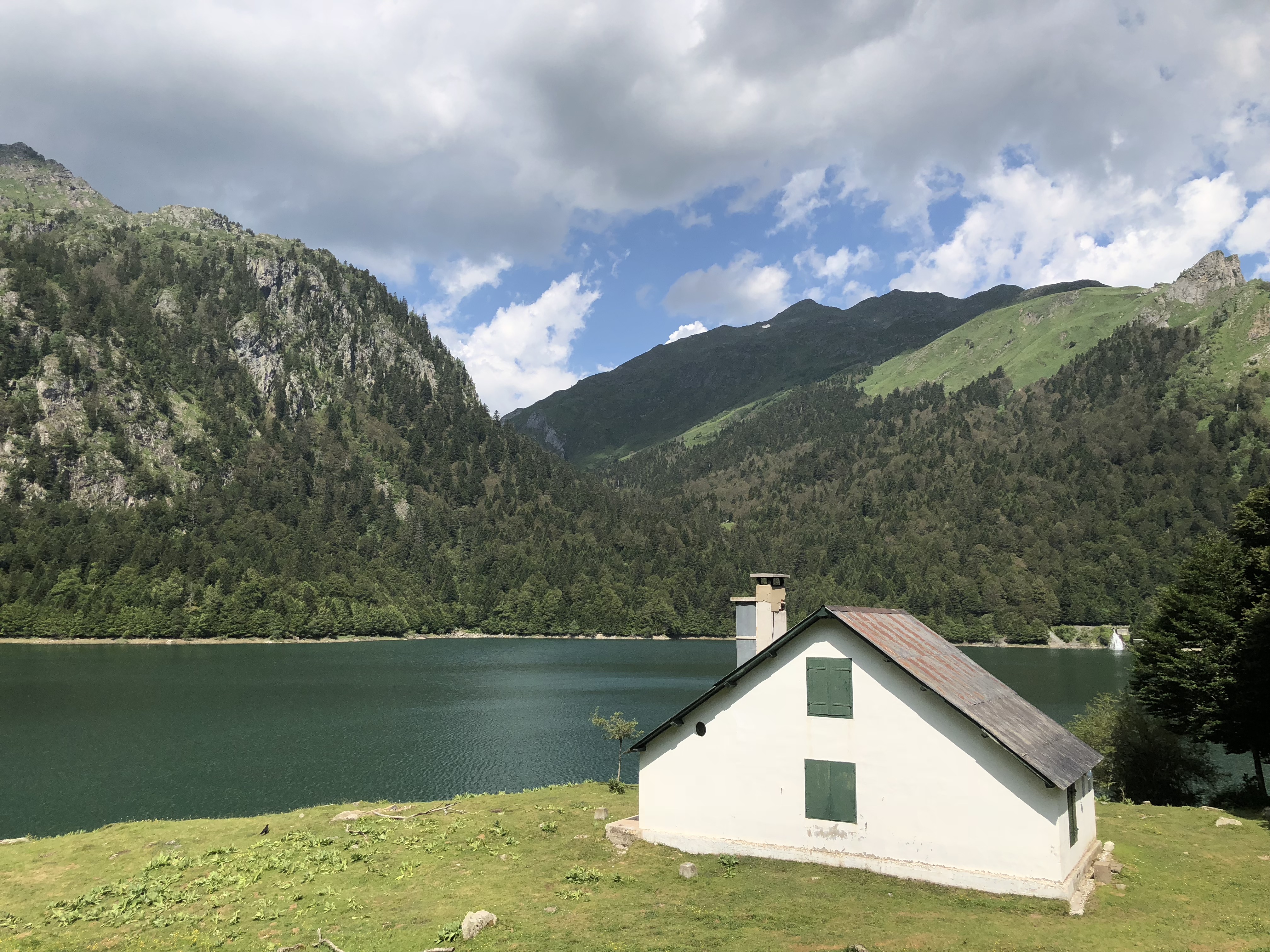 But easily the highlight of our time in Laruns was our day trip to Artouste. We went to ride the Train d’Artouste, a small train that winds through the mountains. This was something I was desperate to do, despite some skeptical looks from Phil, who generally is not a fan of a) tiny trains, and b) tourist scams. But this was (and I say this a lot about many things but really I mean it here) THE BEST THING WE DID ON THIS TRIP. Spain was a clear winner over France for our whole family for a lot of reasons, but this outing from Laruns was the highlight of our vacation. We went early in the morning, which turned out to be key; we were one of only a handful of families on the train, and we were already coming back a few hours later when most of the full trains were departing. The train ride is an hour each way, and stops high up in the Alps-like mountains at a small station where you can get a snack before you hike and explore the spectacular lake. The fragrance of the wildflowers as we rode around steep mountain passes was like nothing I could ever describe, and we looked down at tiny specks of sheep and cattle at the bottom of the valleys below us. It was life-changing. 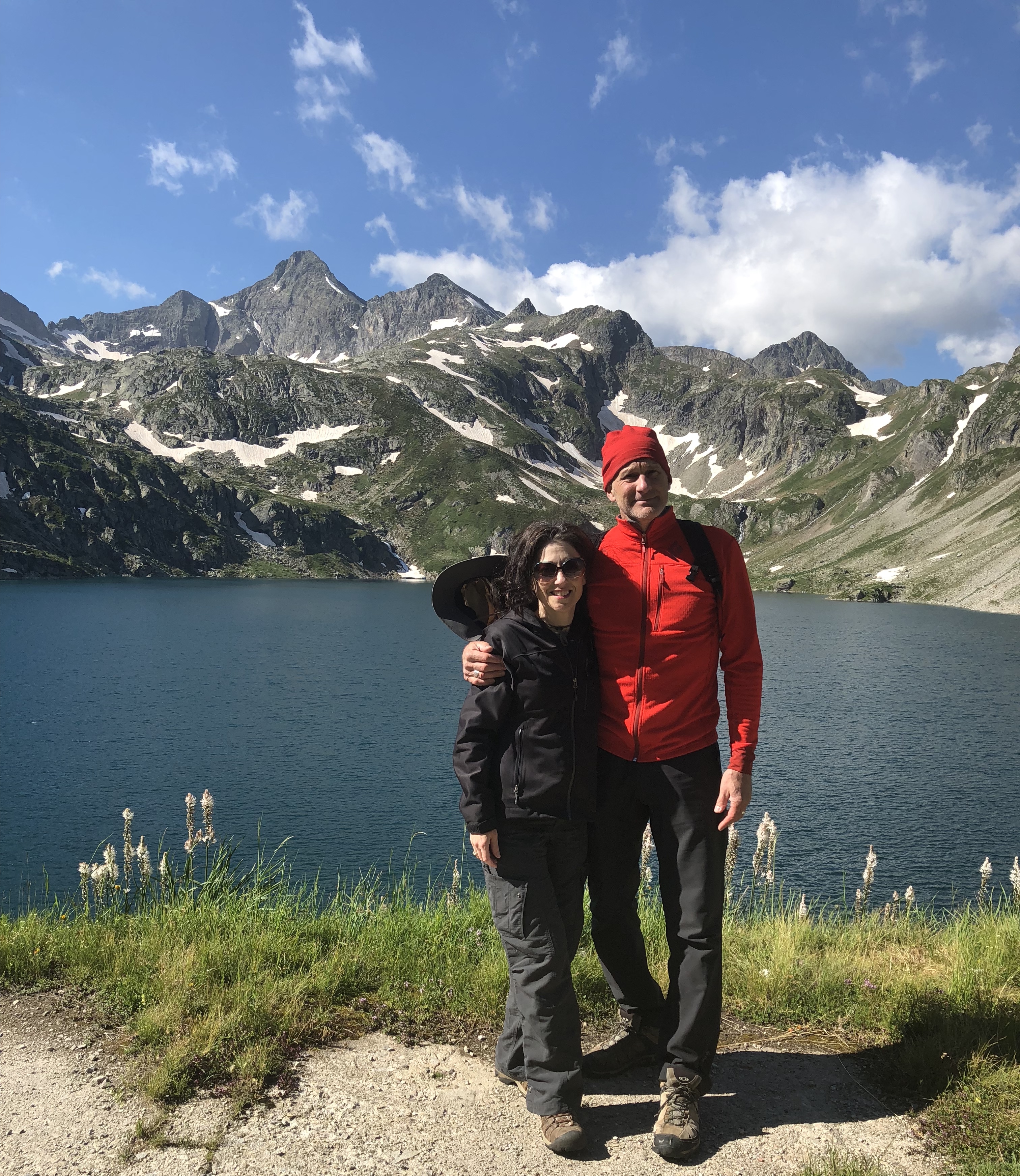 We were loving the French Pyrénées, but were excited to explore the Spanish area of the mountain range.

To read about how this all started, check out the beginning of our journey. Otherwise follow us to the next stop: Arro, back in the mountains of Spain.