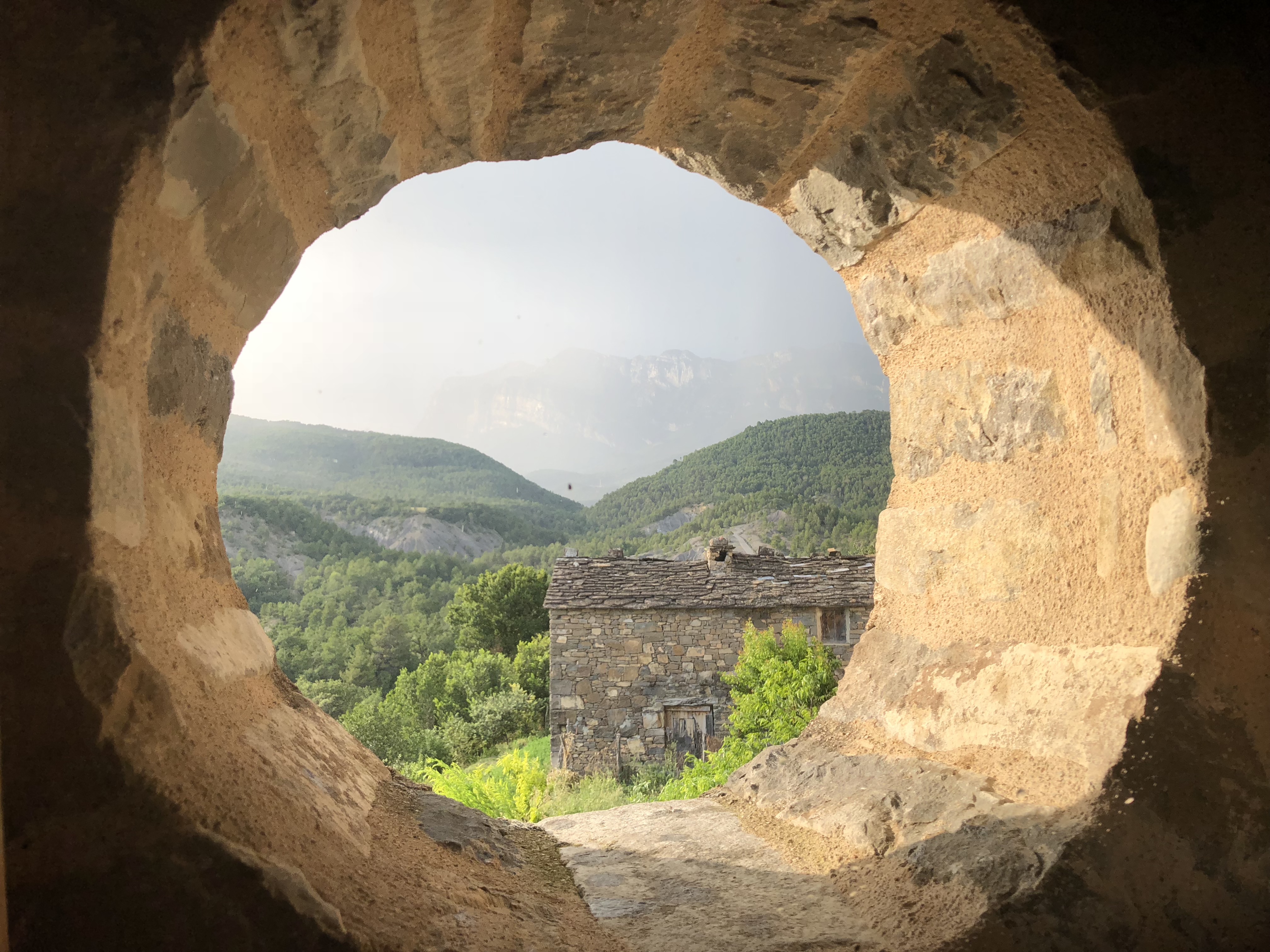 From our kitchen window in Arró

We were so happy to cross back into Spain, which was starting to feel like home to us. We headed through some truly radical mountain switchbacks on narrow roads and found our way to the tiny town of Arró. Just seven miles away or so is the bustling mountain town of Aínsa, Spain, which is known for its charming medieval old town, its castle walls, and its commercial plaza filled with outdoor tapas restaurants and strolling musicians. But down the road in Arró, it was just us and about four other families who live within the walls of the medieval stone village. In the evenings, we would take walks and the kiddo enjoyed the lively and rough feral cat population (though it was hard for her not to be able to do much to help some of the ones who were in a bad way). The three or four elderly residents would come out into the one main street to sit in lawn chairs and talk over the days events. 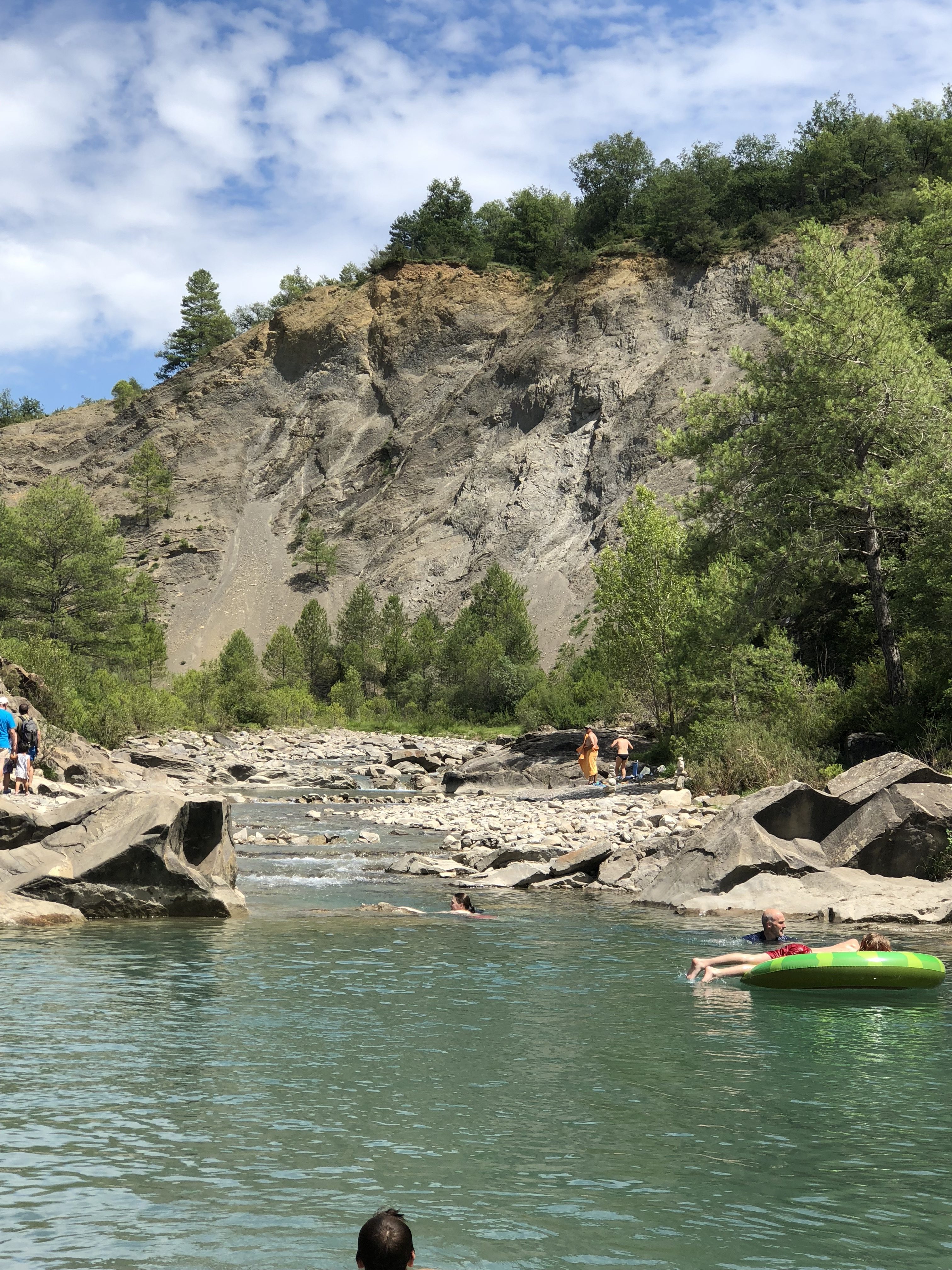 As in many of the towns we stayed in, there were no other English-speakers or tourists, and our whole time in Spain had us cross paths with only two other American families. Arró was one of the places where we really felt like we enjoyed being part of a local community for a bit. We spent the afternoons at the swimming hole a few miles away; it was downstream from a hot spring, so the water was warm enough for even me to go in, and it was a beautiful blue-green color. After years of toe-dipping in frigid New Hampshire mountain streams, this experience was amazing!

From Arró, we did a day trip to Ordesa and Monte Perdido National Park, where we hiked the Circo de Soasa trail: the longest hike I’ve ever taken! It took a bunch of hours to hike up to the most spectacular set of cascades and waterfalls that I have ever seen, all flanked by giant cliffs, green meadows, looming trees, and the green river. 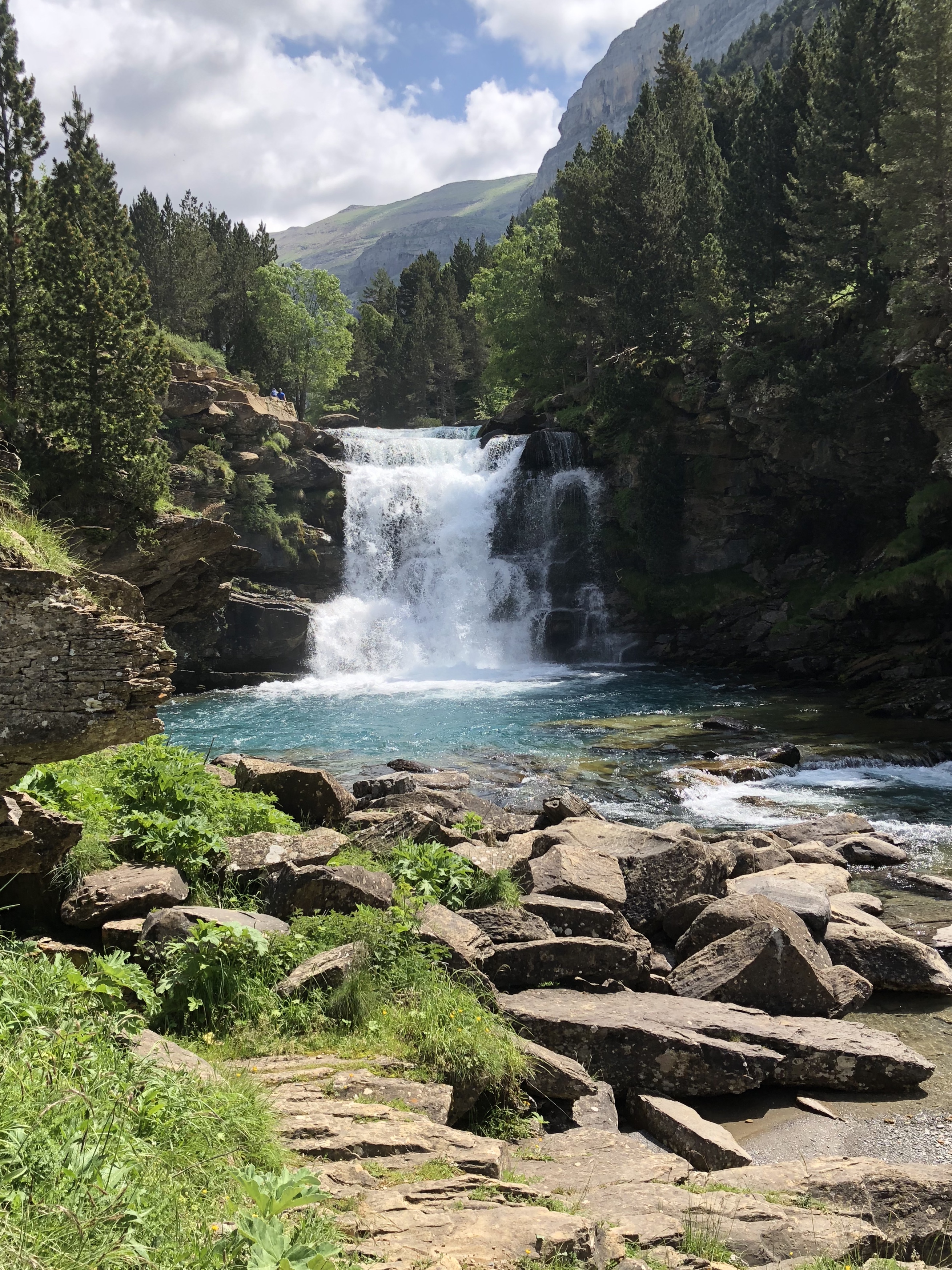 We also enjoyed our time popping in and out of Aínsa to enjoy the tapas, music, crafts, and wine. The plaza in Aínsa is one of the most-photographed and most picturesque plazas in Spain, and I can’t say I’ve been more content than I was eating a cheap, well-cooked venison stew as the sun set at 9pm and we enjoyed included wine (local red tinto, served as regularly as bread and water) and the traditional two hour wait for the post-dinner check to arrive. 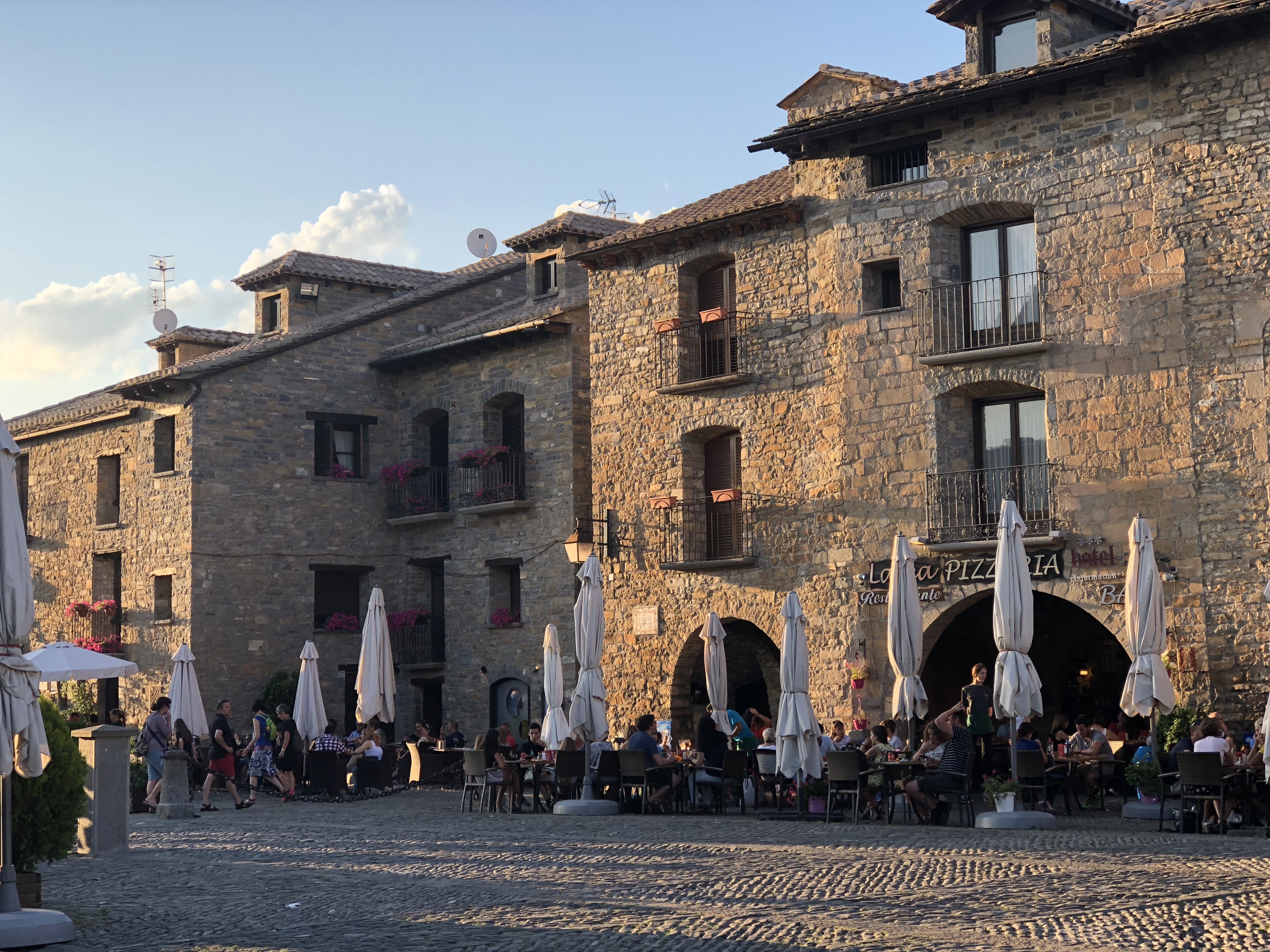 As much as we loved so many things on our trip, it’s clear our family is partial to mountains. It’s where we feel at home and relaxed and most alive. We loved our time in the Pyrenees in Spain, and we sad to move on. Nobody wanted to leave!

To read about how this all started, check out the beginning of our journey. Otherwise follow us to the next stop: Aniñon, on the road back to Madrid.