I was so excited to be headed to Olite. I’d read about the medieval old town and the two palaces that flank it, and I’d booked us into the Parador attached to the most beautiful castle, knowing it would be a wonderful treat in the middle of our trip. It did not disappoint. 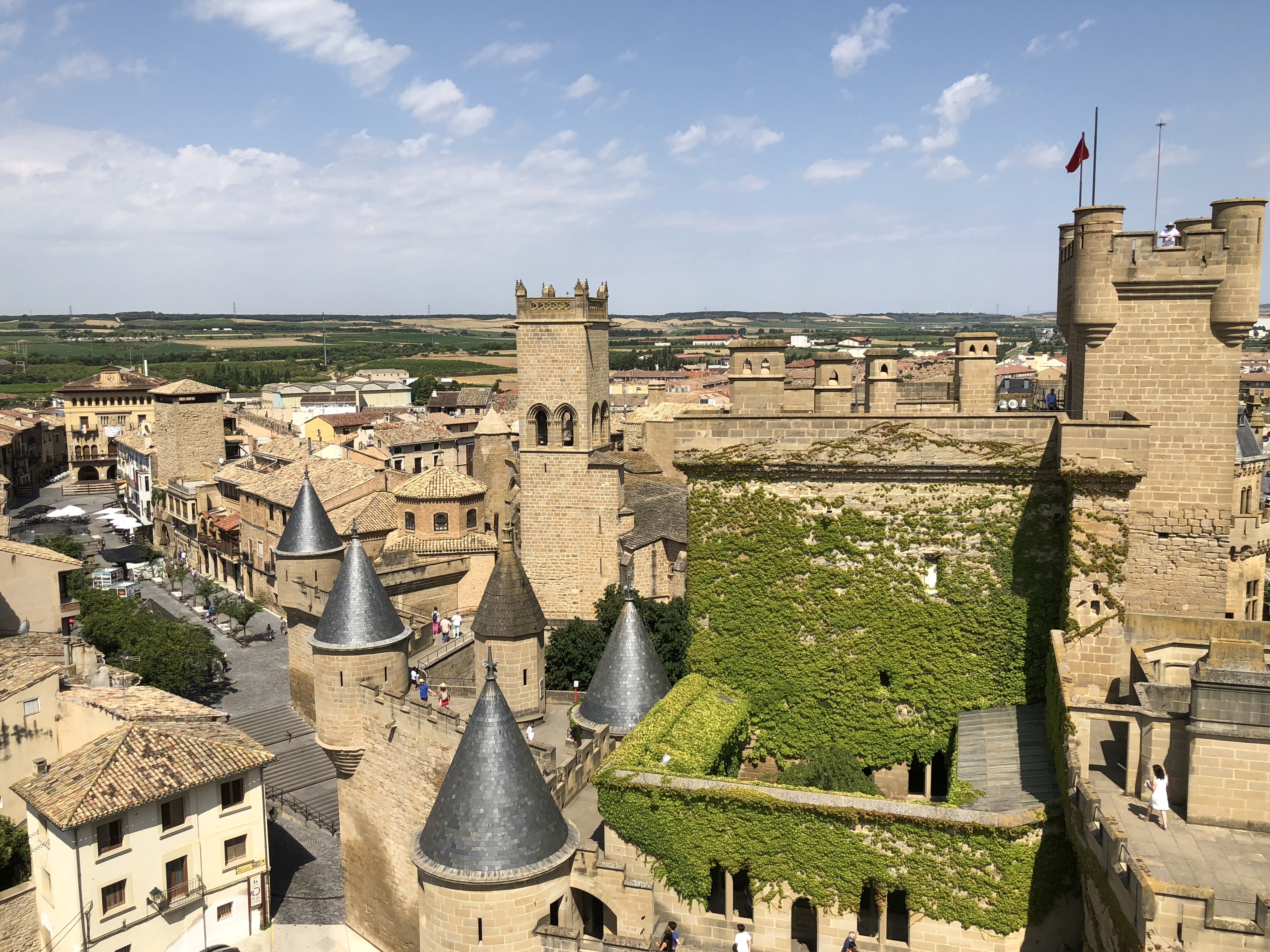 The hotel had cavernous stone galleries, heavy embroidered draperies, suits of armors by the stairways, and sumptuous dining rooms we admired as we passed by with our loaves of bread and hunks of cheese. The balcony outside of our room looked out over the plaza and had a wrap around wooden deck with small old windows that opened out with iron knobs and latches. Every time we stepped out of the hotel to explore something, we were hit with the unexpected. The first day, we stumbled onto a children’s folk dancing festival on the plaza. Everyone was out drinking sidre and cerveza and the regional red and rosé wines, and a small live band played as kids and teenagers performed. 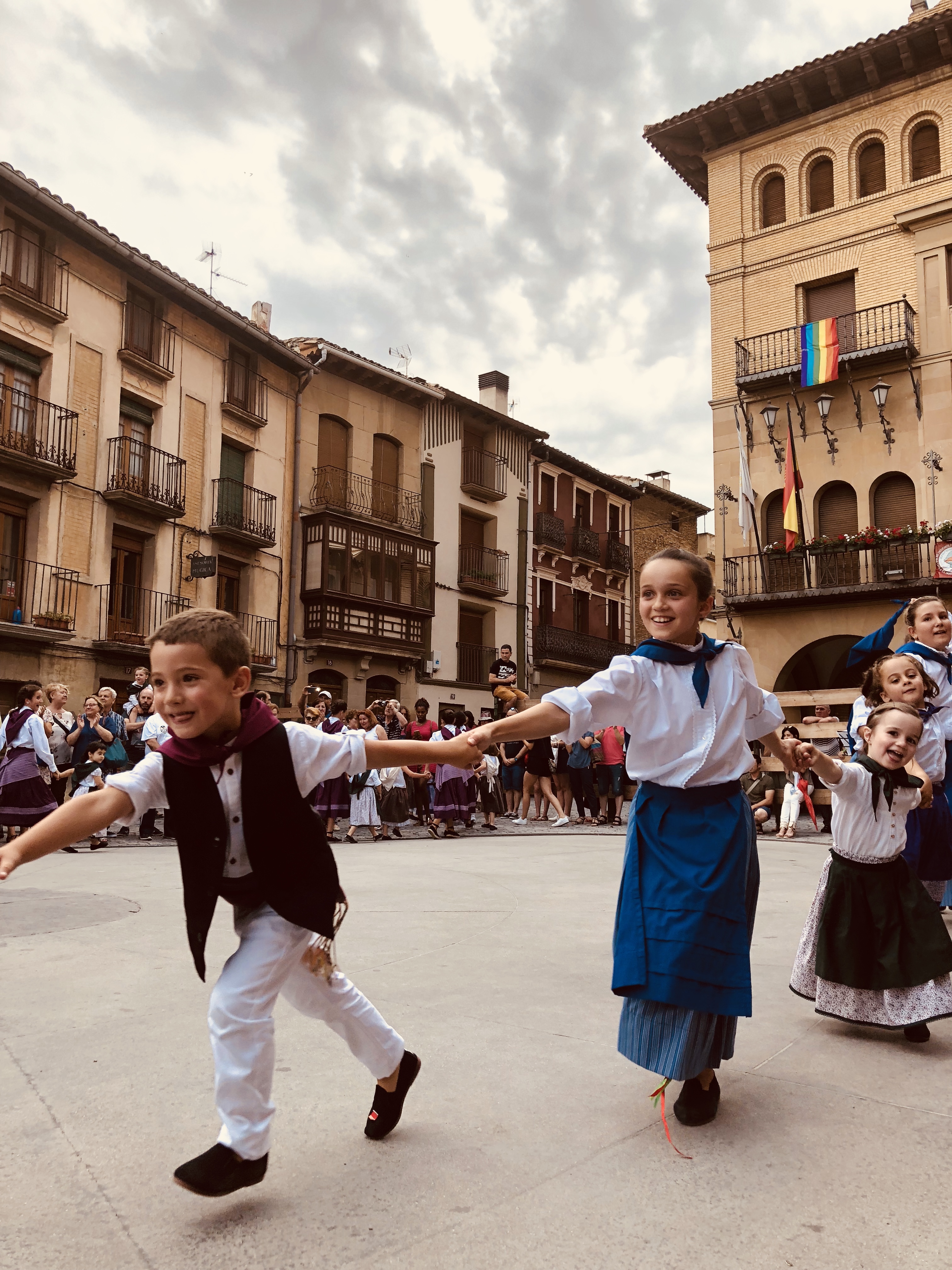 We enjoyed a local wine museum, lots of cafés, and using the slow Wifi to catch 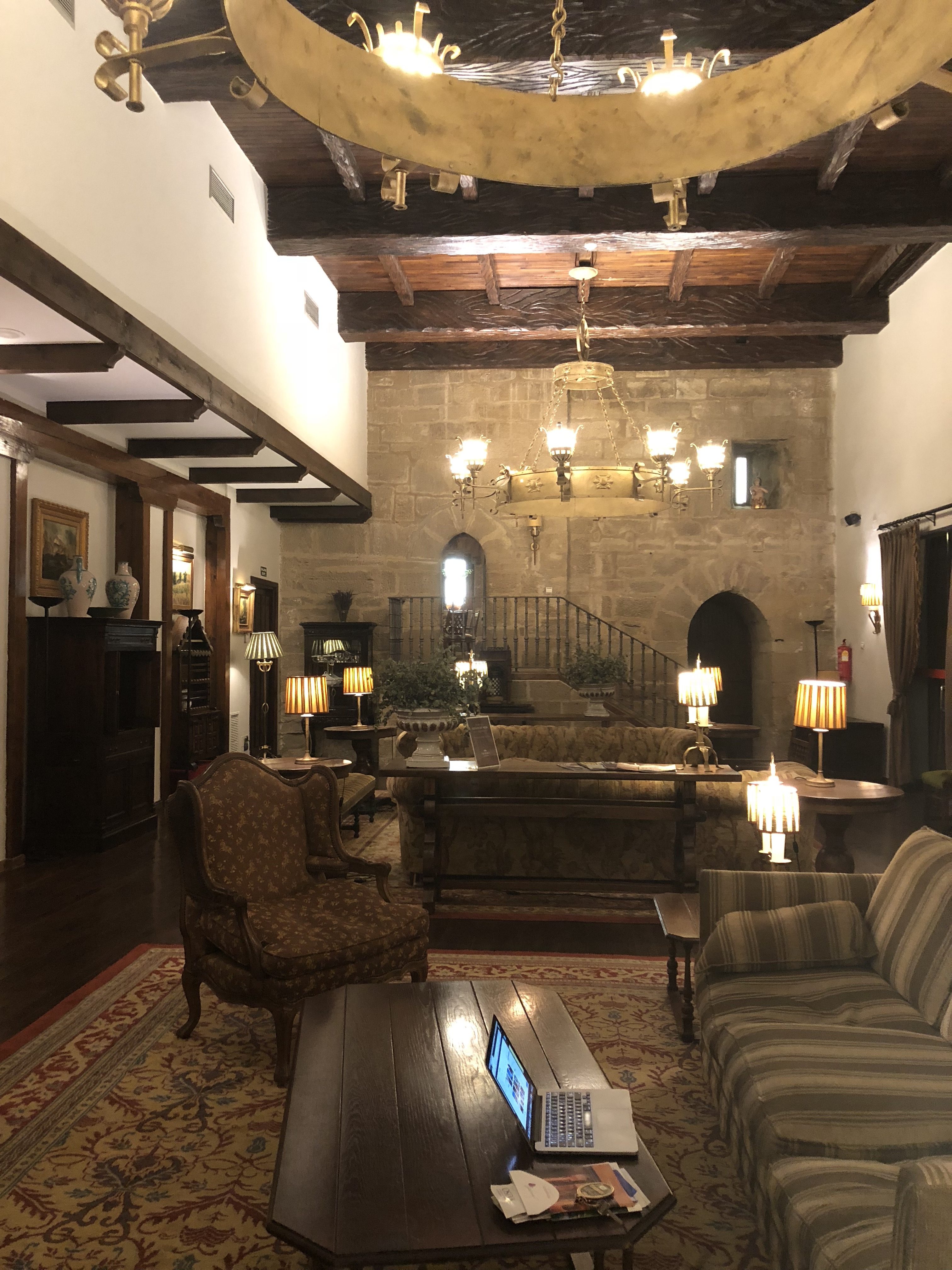 The hotel lounge where we worked

up on some work (the kiddo was taking an online course for high school, so after siesta each day, she did a little in her course). One night at about 8pm, we headed out to a restaurant recommended by our guidebook. As we stepped into an alley adjacent to the hotel, we heard a thundering sound and saw a crowd running towards us, and even though we’d skipped Pamplona, we got the shock of a lifetime with a kind of casual Saturday night local version of the Running of the Bulls, which seemed to be organized by a group of teenage boys with sticks.

At one point, a bull jumped the divider on that round gate in the center of the video and the crowd cheered; the bull jumped back out again. I really don’t know what to say except it was awful and fascinating and exhilarating. All the shops in town had bars on the door that easily swung shut to protect the shops and people during the event, and 30 minutes later, it all opened up again and everyone continued on, business as usual. 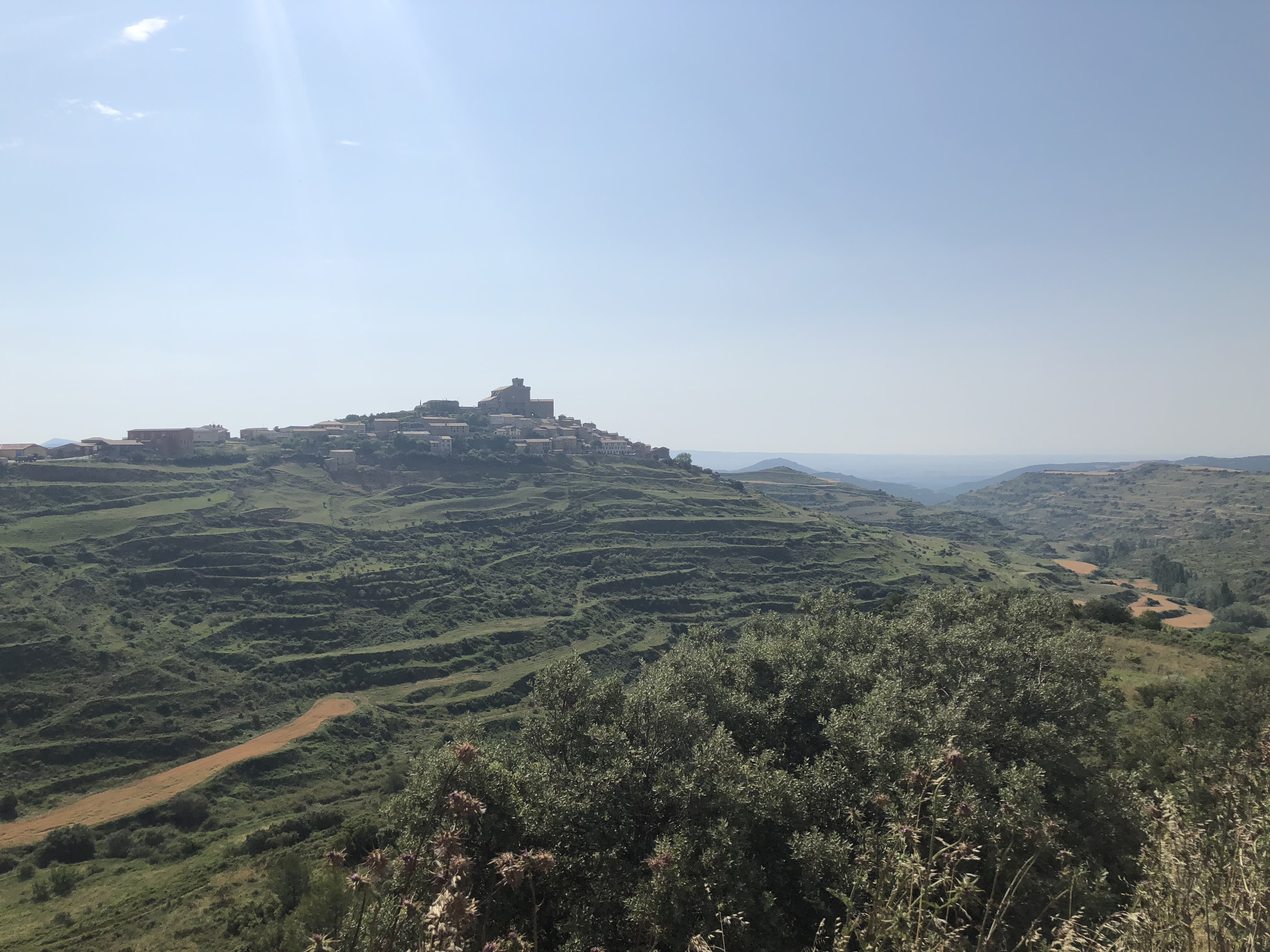 One afternoon, we drove out to Ujué, a hill town that is famous for being the picturesque scene on many Navarran postcards. It was lovely, and we had some candied almonds as we explored the streets, but it was absolutely silent there; besides the woman who sold us the almonds, I don’t think we saw a single human. Between people sleeping in, the siestas, and the quiet of the rural areas, we sometimes went whole days wondering where everyone was.

The lessons we seem to be gathering:

1) The church is the center of the town. You can see it from afar. As impressive as it is on the outside, it’s more impressive on the inside.

3) It’s always a good time for a drink. Sidre, vermut, cerveza, and vino are appropriate from 9am-4am.

4) Most days in summer, there is a festival. It will likely involve a church, a castle, and drinks.

5) Anchovies, octopus, and hunks of meat oh my. More of all of these during festivals.

Olite was a highlight on the trip, for sure. We were sad to go, but I was looking forward to our quick jaunt into France.

To read about how this all started, check out the beginning of our journey. Otherwise follow us to the next stop: Laruns in the French Pyrenees.